The car in front of me begins its left turn and I edge out to follow. At first, the driver in front of me doesn’t notice the man and his friend crossing the street but stops with plenty of time to spare.

It’s enough to incense the pedestrian who proceeds to raise his hands, his voice and utter a few profanities to the apologetic driver.

I can see the look of anger on the pedestrian’s face as he makes his way across the street. I wonder how long it will take for him to let this one go, I think to myself. 15 minutes is my guess. And it will probably gnaw on him for the rest of the day.

Little things like this happen all the time. Things we do not like. Things that make us angry and annoyed. Things we wish could shake but can’t help but hang onto. 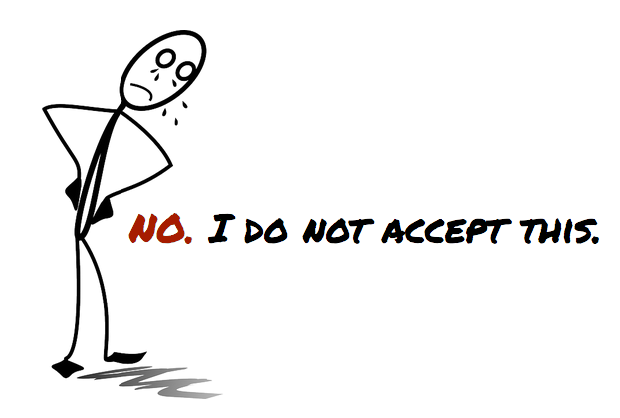 Have I learned to let go of little things? Not even close.

But let me take a step back first and give you a little progress report.

Meditation (aka sitting and breathing) is really really hard.

I wiggle and squirm my way through my 20 minute sessions, sneaking peeks at my clock and secretly hoping for a distraction. There are moments of peace – and they’re awesome – but they are brief and unexpected.

So I sit and watch my thoughts that, two weeks in, only seem to be multiplying at a dizzying pace. By the time my 20 minutes are up, there’s so much stuff in my head I feel like I’ve taken three steps back.

In other words, I’m making progress.

I’m not thinking more. I’m just noticing, for the first time, what’s in my head.

I’ve had a few moments where I have caught myself pausing to acknowledge something that happened. That moment of awareness gives me time to choose – consciously – how to react, and that’s a powerful thing.

Don’t reach for the iPhone – enjoy the moment.

Take a breath before saying something sarcastic to my husband.

Is that permanent marker on the wall? Stay calm, get rid of the marker and find a way to fix it.

Wow. Maybe this meditation thing is working after all.

I read something (here) recently that made a lot of sense to me. Its the idea of thinking about meditation as a busy road where we have but one simple job: to sit on the side of the road and watch the cars go by. The road is our mind and the cars are our thoughts. Our tendency is to run into the street to chase the happy thoughts and stop the negative ones from driving any further. 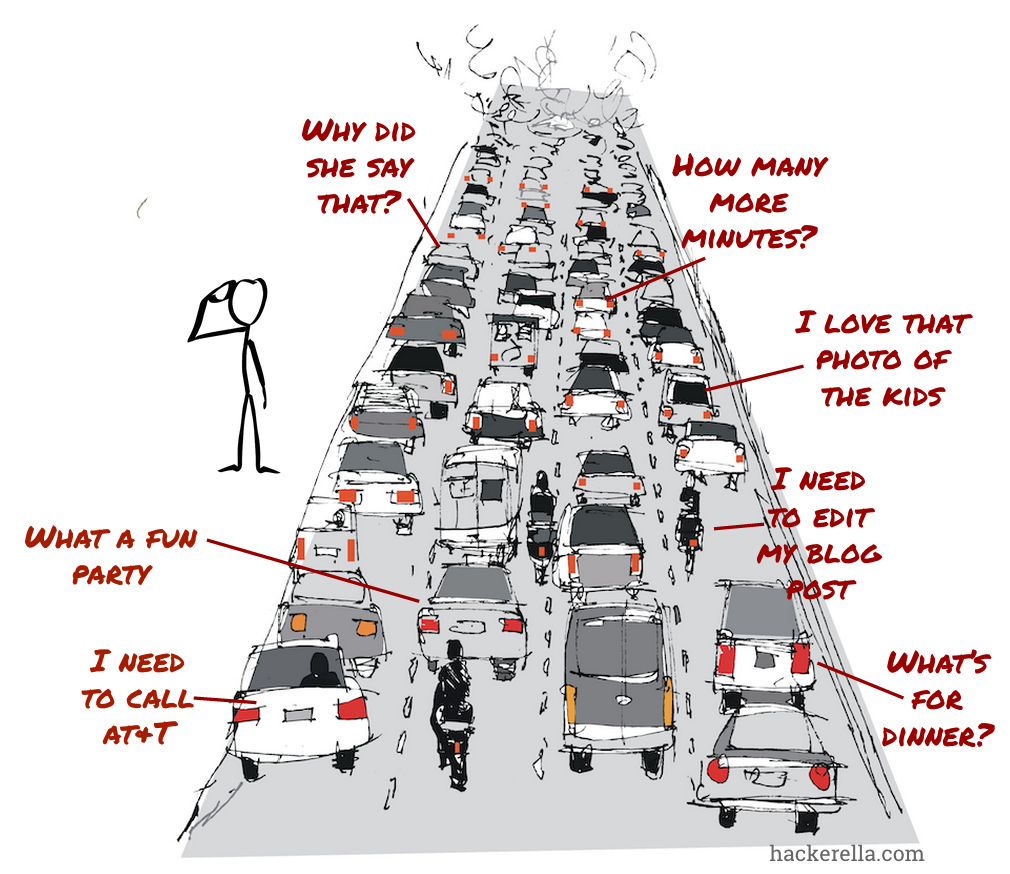 But our job is to remain on the sidewalk and simply watch traffic, not interfere with it. When we do find ourselves in the middle of the street, we must remind ourselves to return to our seat.

Side note: My street currently resembles a six lane rush hour traffic jam where I can frequently be found hopping from one car to the next.

Here’s the thing about how we deal with things. We have years of programming telling us to run out into the middle of the street to protest the things we do not like. It happens in a split second, almost unconsciously.

If we want to get better at letting things go and “staying put”, we basically have to do a little reprogramming.

So I made a “Letting Go Toolbox” (yes, the nerd in me felt compelled to create a formal framework) that would force us (well, at least me) to develop the awareness muscle.

The goal is to arm ourselves with responses to different situations that we know work.

My first ever homemade not very scientific infographic is simply a way to ask ourselves the right questions when working through a non important situation. 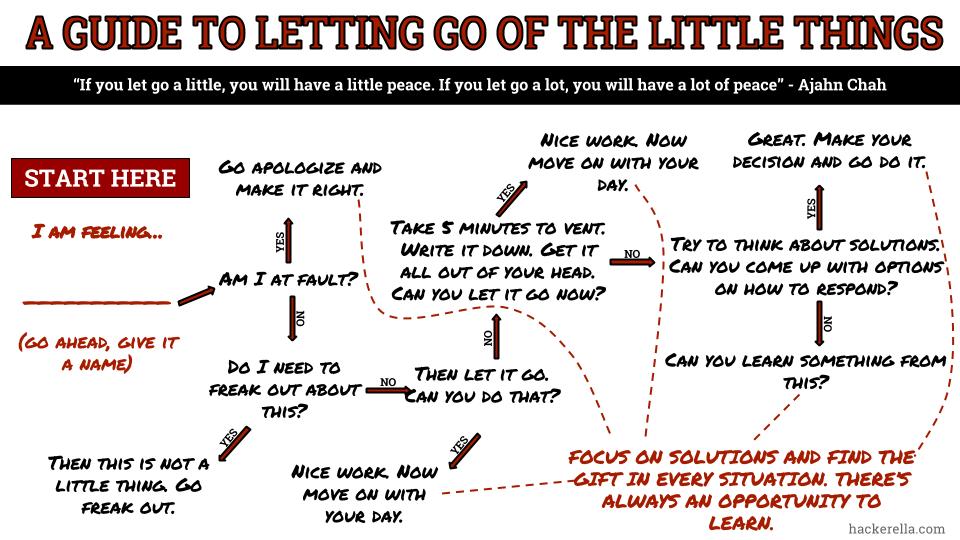 Try it next time you’re in a displeasing situation. Most likely, you will not be able to let go of whatever happened. But make a note of it anyway. Notice what you felt and what you learned and file it away. Do this enough times and you’ll start to notice and identify patterns.

Eventually, you’ll know which weapon to whip out of your toolbox. So that you can waste less energy huffing and puffing over something not worth your attention.

Wouldn’t that be nice?