There’s a guy in Sweden named Felix Kjellberg who earned over $7 million in 2014. From making YouTube videos.

His fans know him as ‘PewDiePie’ and his YouTube channel (where he plays video games and comments on them) has over 38 million subscribers and 4 billion video views. 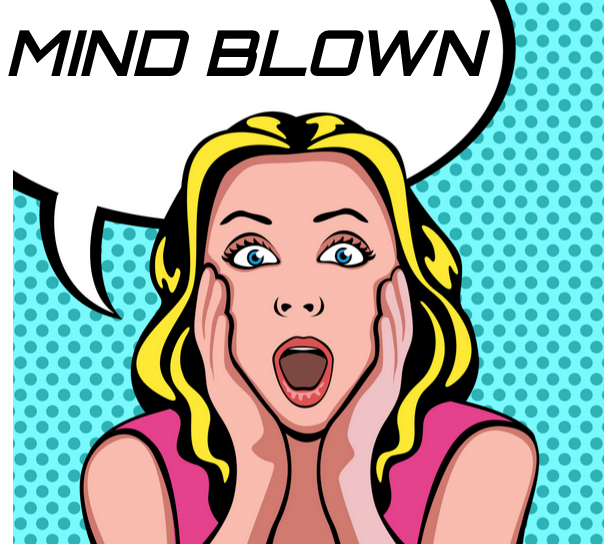 Have a look at one of his recent videos:

To be honest, I don’t understand the appeal. None of the humor, editing or style resonates with me (and this applies to the majority of the popular videos I watched this week), which apparently makes me an old fogey because YouTube is the most popular website for kids, tweens, and many adults too.

There’s definitely something to be said about our culture of instant gratification. With streaming sites like YouTube and Netflix, there’s always something entertaining to watch, and marketers are shelling out the big bucks to get in front of these young eyeballs.

So it’s no surprise that the best of the bunch, the YouTube stars with their millions and billions of views, are earning millions of dollars (Google takes a 45% cut of ad revenues). Some of the popular ones include:

Today we live in a world where successful online businesses are being born every day. With Uber and AirBnB, Etsy and TaskRabbit, WordPress and YouTube, anyone with an Internet connection can start a side business of their own, and cheaply too. I’ve never done much with video platforms, but I find them fascinating and want to see if I can crack the YouTube engine.

Hence my project of the month:

To create, publish and promote two YouTube videos that get 1000 views starring… my children.

Why my kids? Because my girls love making videos almost as much as they love watching them.  They constantly ask me to film them – reviewing toys, playing with dolls or making a new recipe.

I’ve got dozens of them sitting on my laptop.

I think that with a little thought and effort, they could have a lot of fun with this project and, in the process, learn some important creativity and critical thinking skills:

It’s as much as a challenge for me, because there is, as I’ve recently discovered, much to learn about crafting, filming, producing, editing, and marketing content within the video-sphere.

That and I have to actually convince my girls to do things like practice and plan.

There are a number of things that my research has uncovered as to what makes a popular YouTube channel.

1. Pick a category that resonate with your particular audience

For little kids, those categories are toys (either playing with toys or unboxing and reviewing them) or cooking and baking.

A classic example is Evan, an 8 year old boy who, on his ultra-popular YouTube channel, unboxes and plays with toys. This video of him building and playing with a Lego Scooby Doo set racked up almost 100,000 views in less than 24 hours and completely captivated my 4 year old nephew for the entire seven minutes.

For older audiences, comedy, hair & makeup, video games, music, and cooking/baking/DIY are far and away the most popular categories.

Most YouTube millionaires started out years ago when the platform wasn’t so crowded, and when it was infinitely easier to establish themselves within their particular niche. So today, it’s significantly harder to break out as a newbie in a sea of competition… but it’s not impossible. This little girl’s toy review channel, for example, has only been around for 3 months, but it already has over 150,000 subscribers.

Because one video does not make a YouTube star. Evan posts a video almost every day, as do many popular YouTubers who follow regular daily or weekly (at a minimum) publishing schedules. The frequency of publishing fresh new content allows them to increase their subscriber base and regularly reach a wider audience.

YouTube works on an algorithm that decides which videos of the millions of videos out there are most relevant for you to watch. Because the more videos you watch, the more money YouTube makes from their advertisers. It takes into account things like:

It’s not as easy as turning on the computer camera and spewing out whatever comes to mind (although sometimes it seems that way). Good videos, videos worth watching, take effort. Hours and hours of planning, editing and tweaking. Evan’s videos are incredibly well produced complete with cuts, stop motion, music and effects, and I can imagine how much time and money goes into creating each one.

Putting it All Together

Hard work. Consistency. Passion. Perseverance. Sound familiar? I write about these things all the time because they are the elements of success that I see just about every where I look.

But this particular project isn’t about playing the long game. This is not about turning my children into the next YouTube superstars. Like my other challenges, this is a 30 day experiment. A dip of a toe in the water. A see what’s out there and keep an open mind endeavor. Who knows if I’ll enjoy the process, or if they’ll enjoy the process. And even if we do, it’s unlikely that any of us will have the willingness and stamina to create 4-7 videos a week. Then again, you never know what might happen.

The point is, right now I have to identify the 20% of activities that will result in 80% of the results (the good old Pareto Principle). I have to figure out what elements really matter as I create unique videos that 1000 people will want to watch in the next 30 days, and strip away everything else. And do it in a way that encourages learning and creativity in my daughters.

To see where my brainstorm ends, and what niche, keywords, processes and techniques I’ll be adopting, tune in next week… and subscribe to the email list if you haven’t already!