One year ago today, I had the brilliant idea of trying to hold a forearm plank for 15 minutes.

Back then, I was in phenomenal shape. I was doing things like burpees, uphill sprints, and pushup-crunch combinations with my feet suspended in TRX stirrups, four times a week, sometimes more.

6 minutes and 5 seconds was the starting point for the plank challenge. 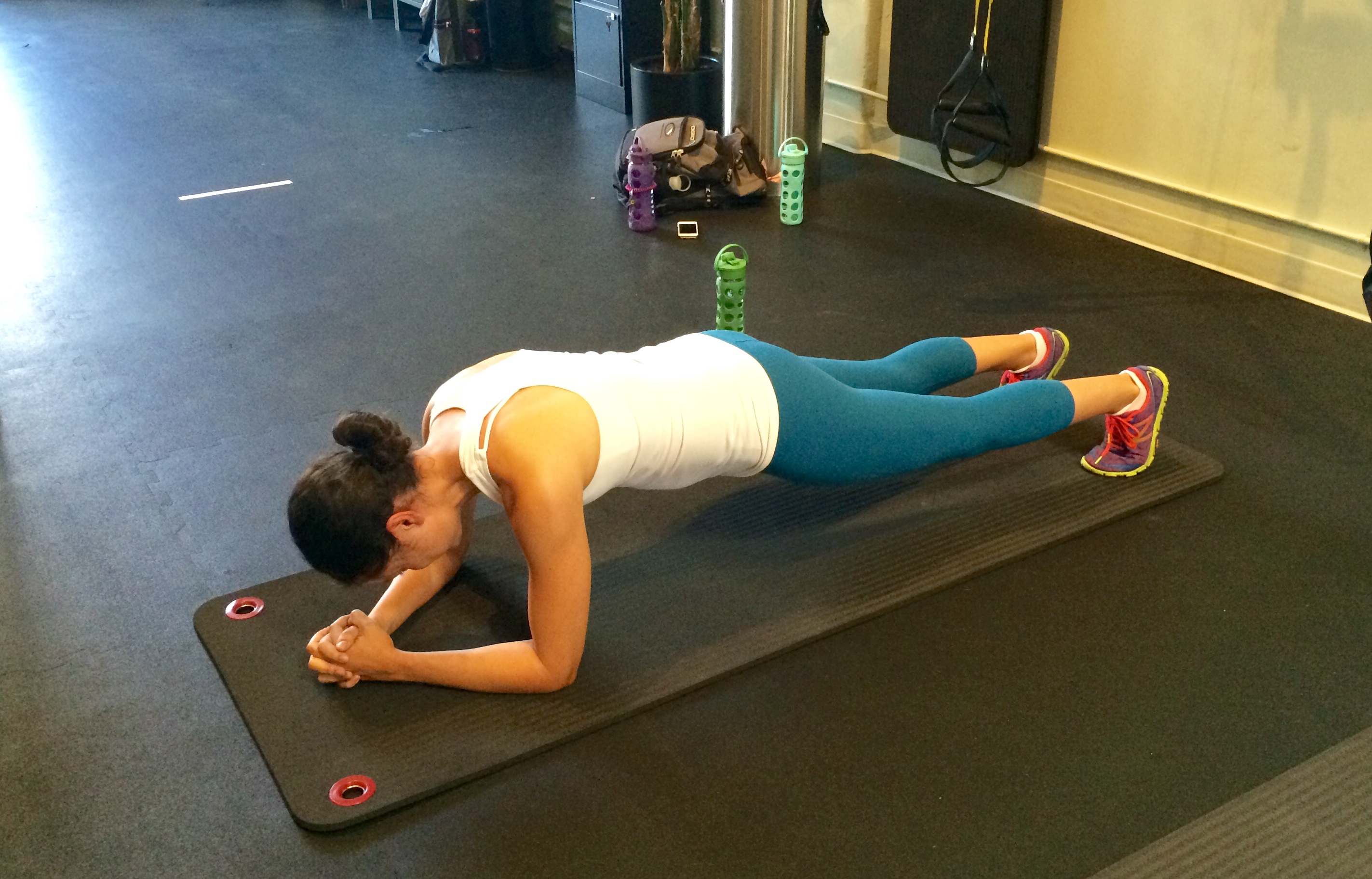 Today, I’d be lucky if I could hold a plank for 15 seconds. I haven’t set foot in a gym in over a month. Exercise consists of walking the hallways of my condo – 75 steps down, 75 steps back – at a pace that’s slower than that of a two year old.

Like I mentioned last week, I’m having a baby next month and am showing some signs of preterm labor, which means that I’ve had to cut back on almost all physical activity. Whatever the first notch above bed rest is, that’s what I’m doing.

But just because I’m sedentary doesn’t mean I can’t prepare for that little thing called childbirth. My hope is – and I know full well how many factors are beyond my control – to have an uncomplicated, unmedicated (i.e. no epidural) labor and delivery. To be clear, this is not about proving anything to anyone. It’s a decision that I’ve spent the last 8 months thinking about, that, in my gut, feels right. I want to do it, and know that I can.

That said, this is something that will, much like the 15 minute plank, require me to stay calm, focused and in control through what will undoubtedly be a tiring and intense experience, which is why I am approaching this event in a manner similar to how I tackle my challenges – with lots of planning, studying and help.

I’ve eaten well and exercised religiously (until a few weeks ago). I’ve read over a dozen books and hired a doula, or a labor coach, which has helped me learn, in detail, the ins and outs of pregnancy including its history, physiology, options, risks, real life stories, preparation methods, and how to come to terms with the fears, concerns and preconceived notions people typically have about the pain and stress of childbirth.

It’s been a reminder of just how large a part mental strength plays in any physical (or other) endeavor.

It’s All in The Brain

Our relationship with goals, change and self improvement is complicated.

Willpower acts very much like muscles in our body — it fatigues with use and can be tired to the point of exhaustion. Once our daily supply of willpower is depleted, it leaves us more likely to make poor decisions. It’s why we reach for the cookie or second glass of wine after a stressful day at work instead of going to the gym, or convince ourselves that we can’t do X before we even try.

We don’t have the mental strength to keep going.

To build the kind of mental endurance that allows us to preserve our supply of willpower, we have to strengthen our ability to concentrate and control our impulses and emotions.

During last year’s plank challenge, I invested so much time on mental training because I knew I’d hit my mental breaking point long before my physical limitations kicked in. I was right – those 15 minutes were far more taxing on my brain than they were on my forearms and abdominals.

Now, I once again have to practice controlling a brain that will want to give up, so that I can let my body do the things I know it’s capable of doing.

It involves a combination of the following: 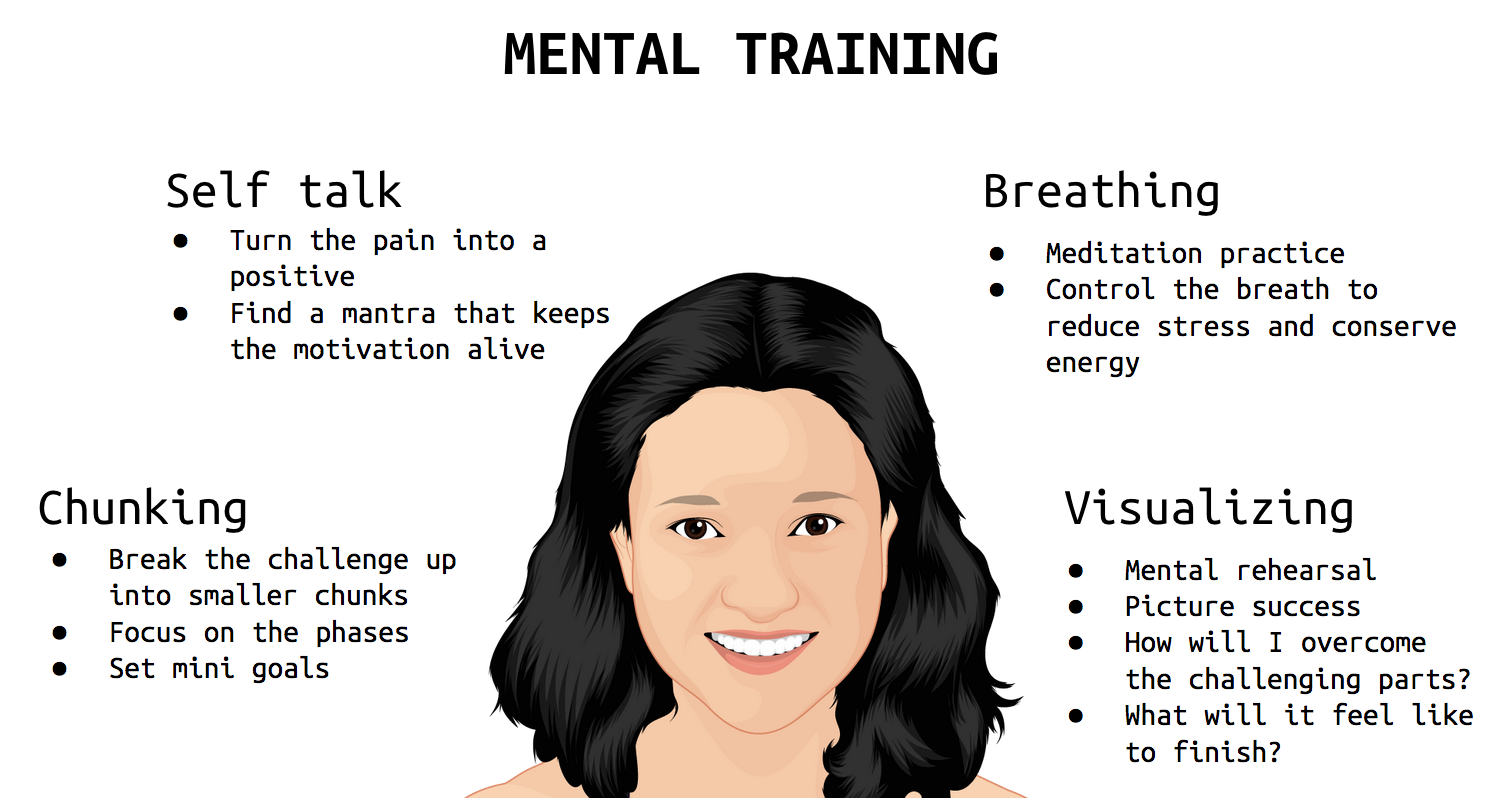 Let’s now take a trip to the frigid temperatures of Iceland and meet the very eccentric and fascinating Dutchman, Wim Hof who takes mental toughness to an entirely new level.

Wim Hof is an adventurer who’s been known to withstand extreme temperatures for long periods of time – think being immersed in ice for over an hour. 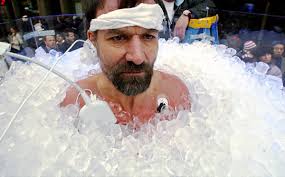 Fittingly dubbed the Iceman, he’s developed a method that uses meditation, breathing, and cold therapy to teach people how to boost their immune system, improve their health, energy and well being. The idea is that the consistent practice of power breathing in combination with cold exposure helps increase the flow of oxygen to the cells while inducing a state of relaxation in the face of stress triggers.

In this one mind-blowing study, Wim Hof took 12 healthy male volunteers to Iceland and trained them in his techniques over a period of 10 days. They practiced meditation, breathing, and trekking for hours through the snow and ice in nothing but shorts and a pair of running shoes. After their training period, scientists gave the 12 trained subjects (and 12 healthy, non-trained volunteers) an injection containing a type of bacteria that elicits inflammatory responses from the immune system like fever and headaches. While the non-trained subjects shivered and suffered, Hof and his merry band of icemen exhibited almost no symptoms.

Can you imagine having the kind of mental fortitude to control your own immune system? 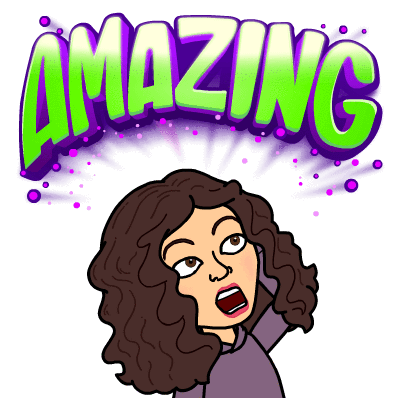 Naturally, I wondered if I could tweak Wim Hof’s breathing and cold therapy methods and apply them to my own labor preparation.

[September 2016 Update: Now that baby is 10 months old, I’m doing the Wim Hof 10 week program in its entirety. Follow along with the journey here!]

Since I couldn’t exactly take freezing cold showers, hold my breath for two minutes, or hike through the Sierras in a bikini, I came up with my own hybrid practice which I drew from mindfulness meditation, hypno-birthing (where pregnancy meets hypnosis) and the Wim Hof method:

And, of course, I’m not complaining, which is far more challenging than I anticipated. Emotional control, especially under stressful circumstances, requires the ability to pay attention to and be aware of your internal self talk, and it’s not easy to do.

But it’s important to work on, because as blogger James Clear so eloquently summarizes:

In every area of life — from your education to your work to your health — it is your amount of grit, mental toughness, and perseverance predicts your level of success more than any other factor we can find.

It’s an ongoing struggle for me, but something I’ll continue to hack away at in the months and years to come.

Update: Many of you have written in asking how my labor and delivery went. It was exactly as I had hoped – quick, unmedicated and healthy. My son was born on November 4, 2015, (one day before my due date) exactly two hours after I arrived at the hospital. I’d gone in for a checkup that morning and was shocked to learn that I was already 5cm dilated. Knowing that I have a history of fast deliveries, my doctor stripped my membranes and told me to check into the hospital later that afternoon where my doctor would break my water and wait for baby to arrive.

I went home, took a walk, took a nap, and felt my first real contraction just as I was heading to the hospital. I suppose I was so well prepared because the contractions didn’t faze me. In fact, I thought I had many hours to go so I told my mom and doula to “stand by” (I quickly changed my mind).

After the doctor broke my water, the contractions got stronger, but I was still able to finish up the paperwork with the nurse. All of a sudden, though, things got intense. I turned inward and quiet and focused on my breathing, sitting on a ball hunched over on the bed. Those last 10 minutes were so painful that I was starting to regret my decision to forego the epidural. All of a sudden, I felt the urge to push. The nurse who was finishing up my paperwork paged my doctor who was down the hall, and frantically got into place to catch the baby. Two minutes and one push later, my healthy and perfect son was out. All 8lbs 13oz of him.