Stuff. Everywhere I turn, there’s stuff. There’s stuff to snack on, sip on, stew on, think over, trip over, put away, give away, throw away, sell, delete, archive, upload, back up.

Welcome to the great purge everyone. My week of less. My week of saying goodbye to junk and clutter.

It weighs on me – all this clutter. It makes me feel like I’m not in control and I hate the feeling of not being in control. It’s like there’s somebody else choosing how I feel or spend my time, and I’m just a player in the game trying to keep up.

Guess what. I can never keep up.

That’s why I’m decluttering. Because in my head, less junk means less variables to control. Fewer things to control means easier management of my life.

Now that I’ve spent every waking hour obsessing over junk/clutter/stuff/things this week, I’ve concluded that there are a few life cleaning lessons worth sharing.

Lesson 1: Attack from all angles (but only if you have the willpower)

We forget sometimes how much the body, mind and space impact each other. Exercise, for example, has an enormous impact on how our brains function, and even a short amount of moderate to intense activity (10–20 minutes) before sitting down to work is an extremely, if not the most, effective way to improve productivity, creativity, focus and general mental performance.

It made me wonder – if I took a 360 degree approach to clutter clearing and addressed not just the environmental junk, but the junk I put into my body and the junk that runs through my mind (meditation), would I see accelerated results? Would I feel totally different?

To be clear, I will always recommend focusing on one activity or goal at a time, especially when embarking on something new and unfamiliar. But since I’ve already suffered through beginning meditation and an elimination diet, and because for months I’ve been maintaining versions of these habits, they don’t require much effort or willpower on my part. I want to do them. And while it’s too early to draw any conclusions, especially since I’m still riding on a wave of motivation, I’m enjoying the satisfaction of sticking to the protocol without much struggle.

The point is, if you have the endurance, go for it and give every part of yourself the opportunity to grow.

Lesson 2: Get the Small, Early Win

Now, back to clutter clearing. My starting point was not pretty. It was downright bad, actually. As in I found an ID card from when I studied abroad in 2001 bad.

It was a chest full of wires bad. 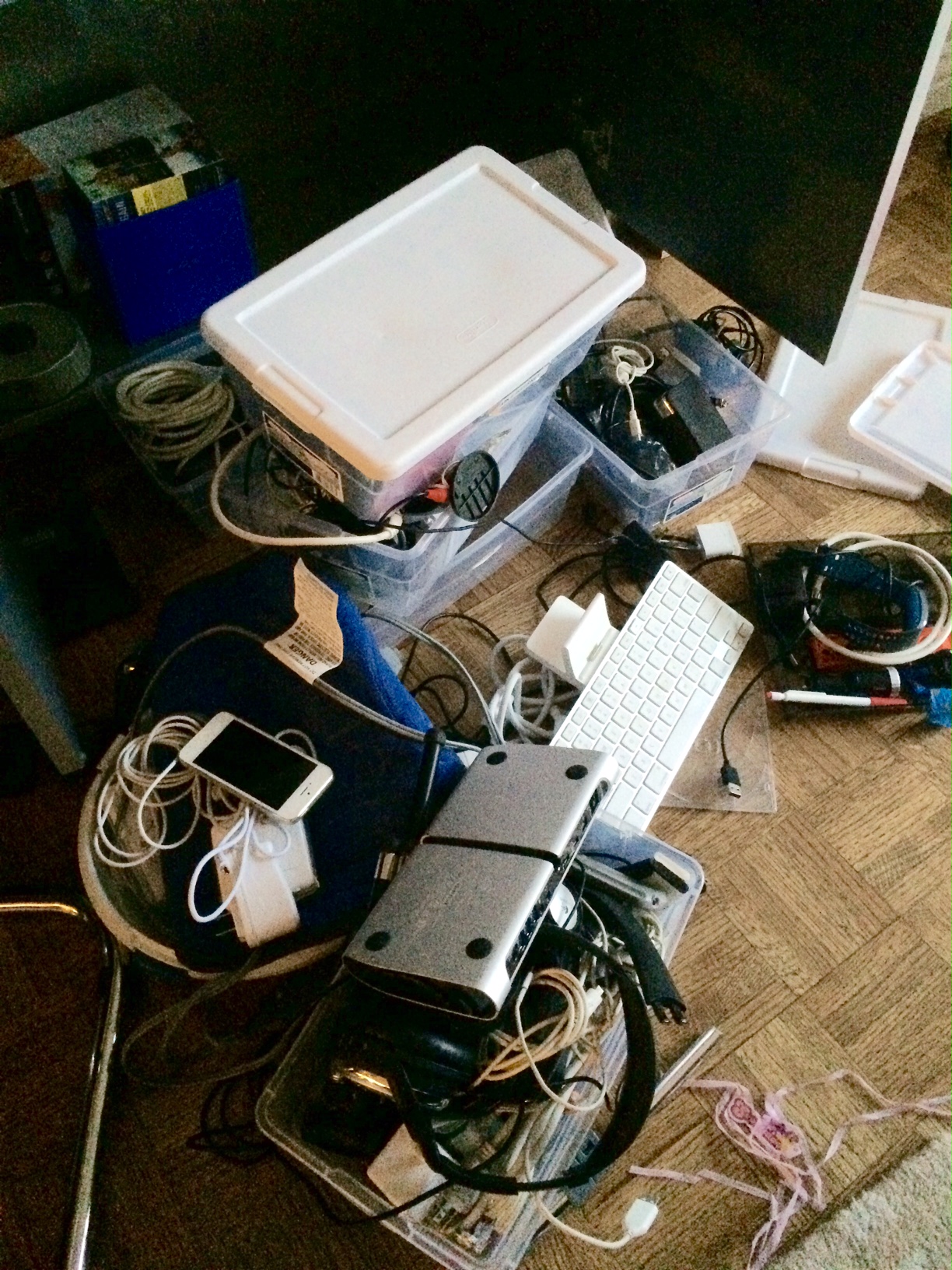 Containers filled with random parts scattered around the house bad. 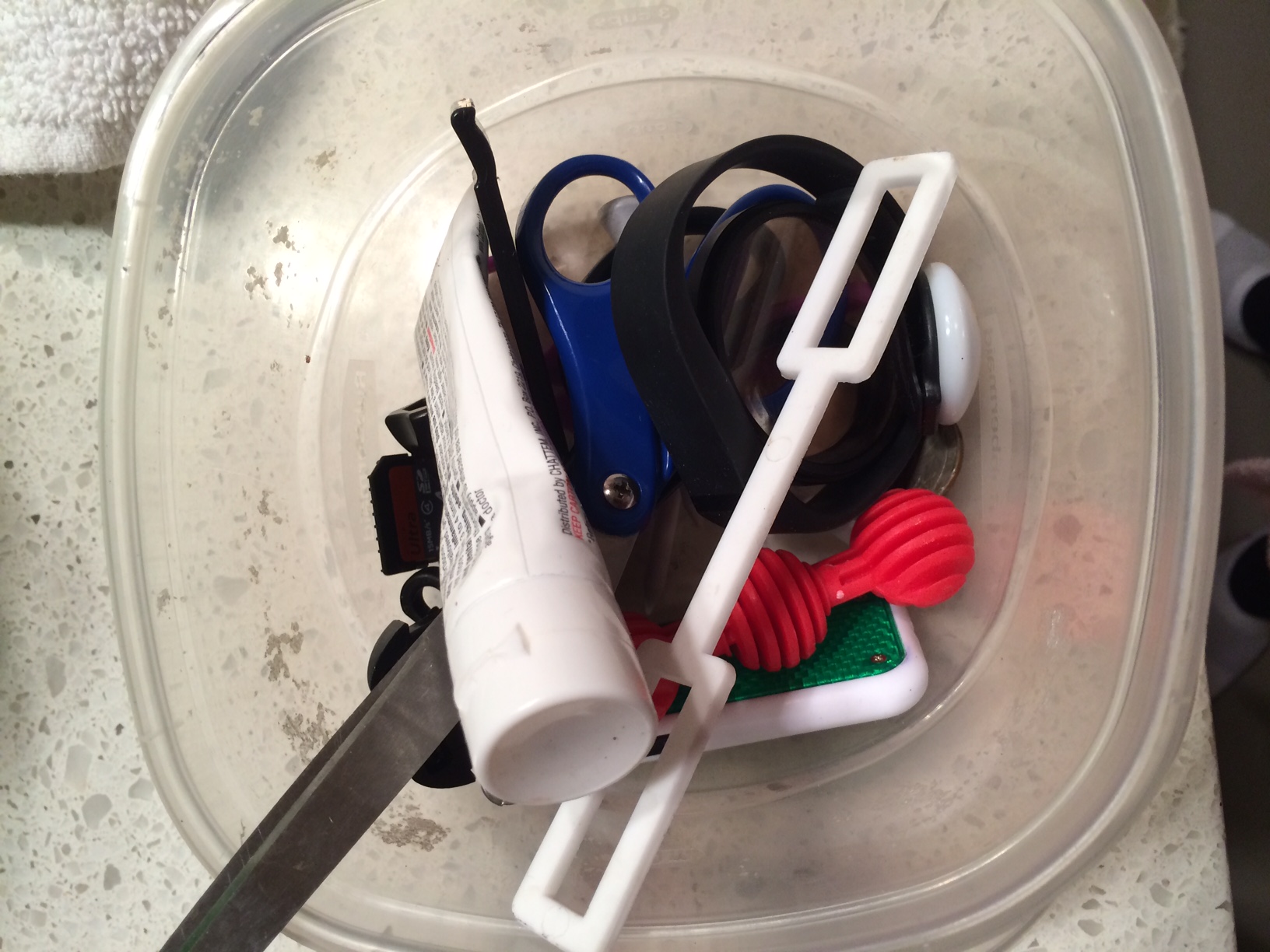 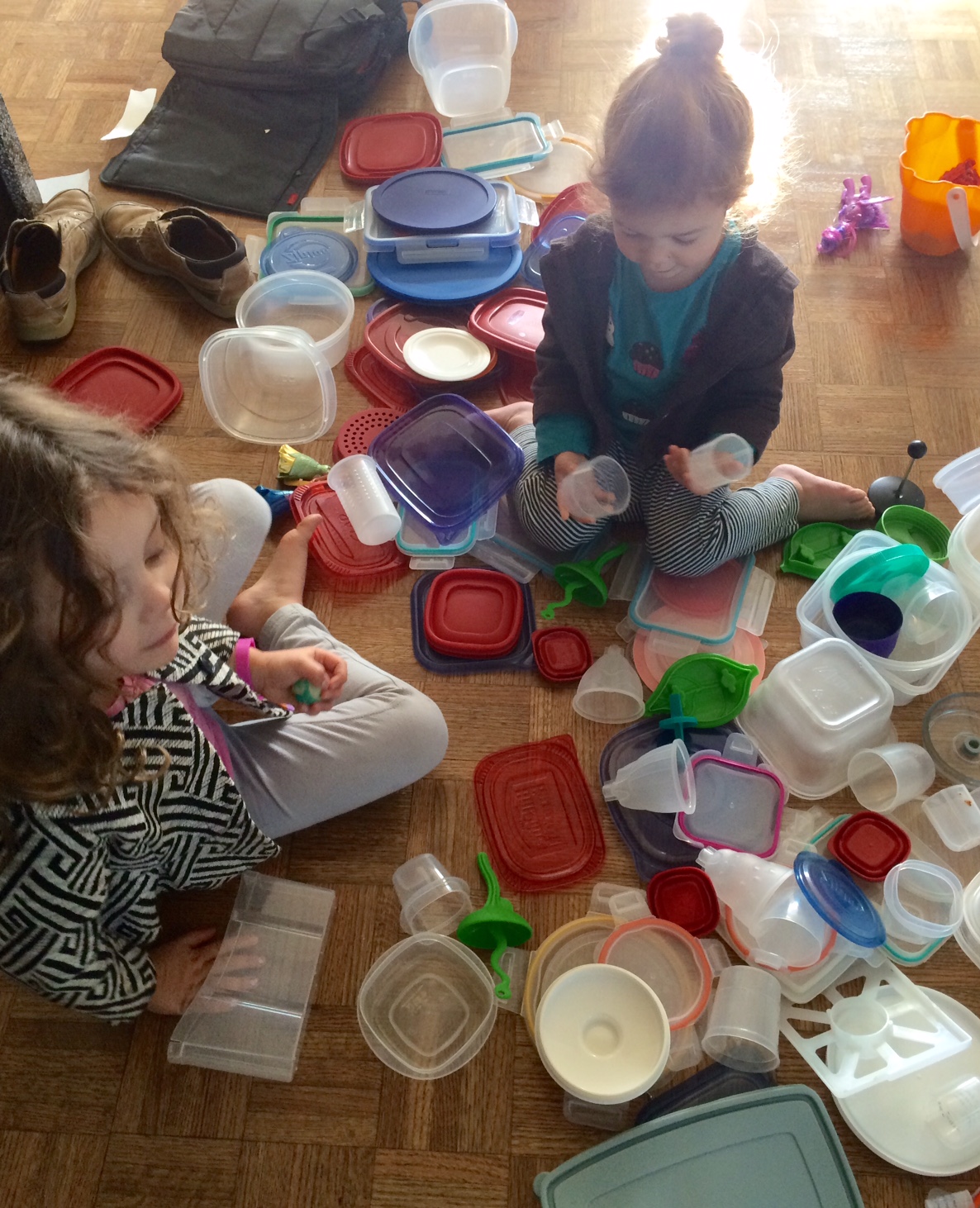 To say the project was intimidating would be an understatement. I just had to dive in.

A quick Google search will return a number of different clutter clearing philosophies. Some recommend working in small chunks, where every day, you throw out 10 things, or work hard for 15 minutes and that’s it. Others believe in setting aside a day or weekend to tackle the project all at once.

I went for the big purge. All in, all at once, and armed with a few house rules for the week: 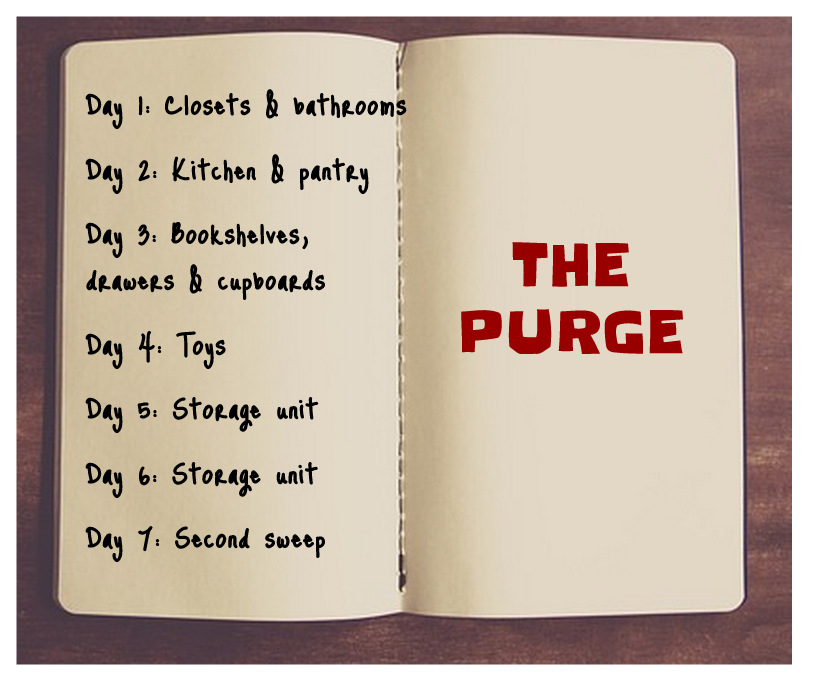 Not everyone will agree with me on this approach, but I’m a big advocate for getting to the small win as quickly as possible. When we focus on one activity at a time and schedule the work, there’s no need to worry about all the unfinished pieces of the project. In fact, I refuse to work on anything but the scheduled task because I know that whatever’s left is penciled in for another day and time. It lessens the intimidation factor and it keeps the momentum alive.

And that’s control at it’s finest. It’s a beautiful thing.

There’s a bigger issue here and it has to do with perception. I can get rid of 700 bags full of stuff, but it will only re-accumulate unless I change the way I look at my things.

I’m learning to internalize the fact that I’m the one who assigns meaning to these objects, and it’s the association that affects me, not the objects themselves. A personalized bowling pin from my 10th birthday party… is just a bowling pin. My first pair of point shoes are nothing more than ratty ballet shoes. An electronic toy swan given to my daughter from my grandmother just before she passed actually drives me up the wall. The things spins around playing high pitched music in Japanese. Awful.

But they’re sentimental, so I kept them. And now, they’re all gone.

I’ve hung onto some things. I didn’t expect to nail it on the first try and I knew how difficult it would be to let go of items that held emotional value. But at least I can acknowledge the nostalgia effect, weigh it against the desire for less stuff, and hope the desire wins out.

And it helps to remember that all of the stuff? I won’t miss it. Besides, I much prefer the sight of a clear countertop. 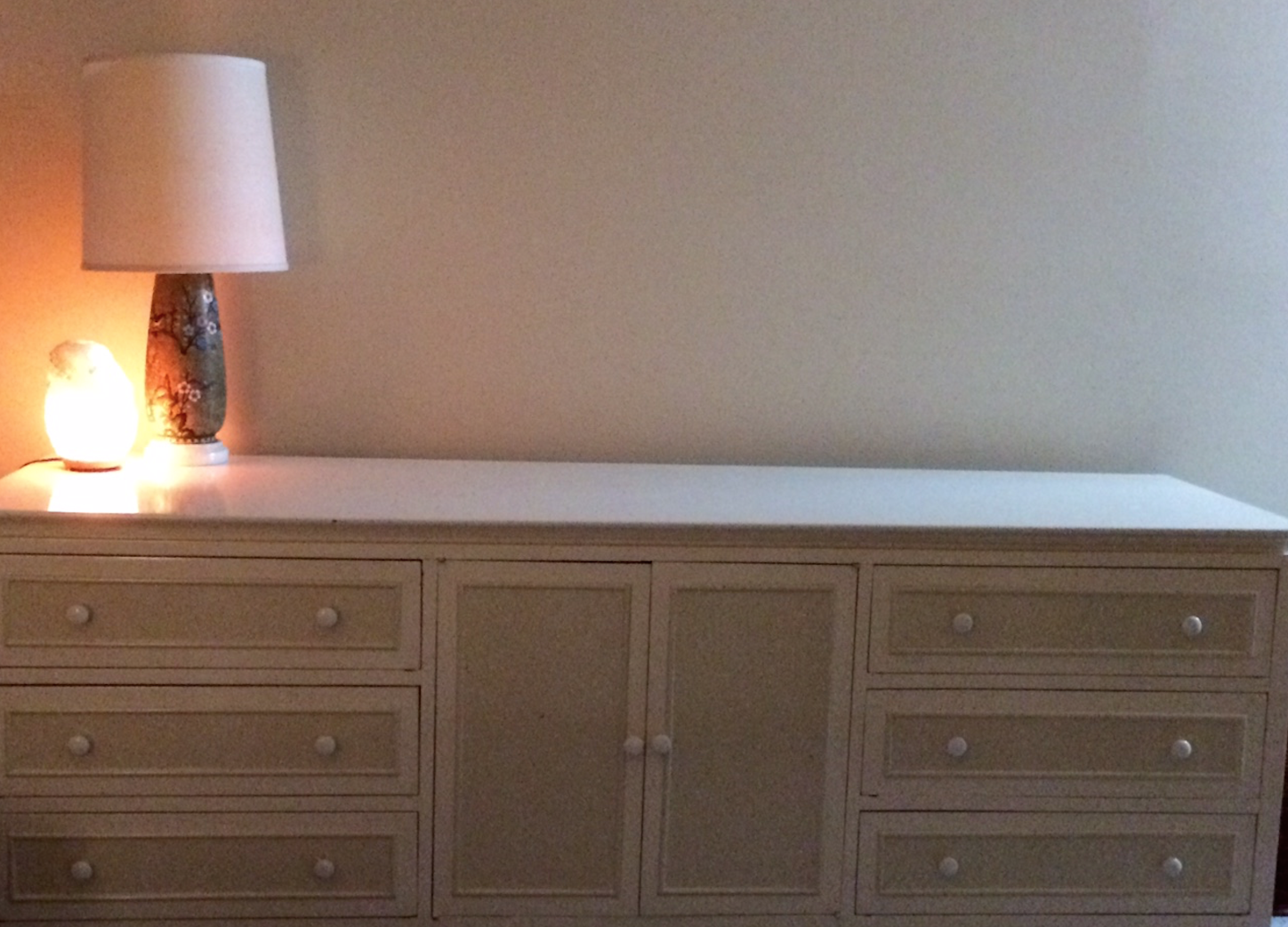 Now to figure out how to maintain all of this work. All that and more, next week.