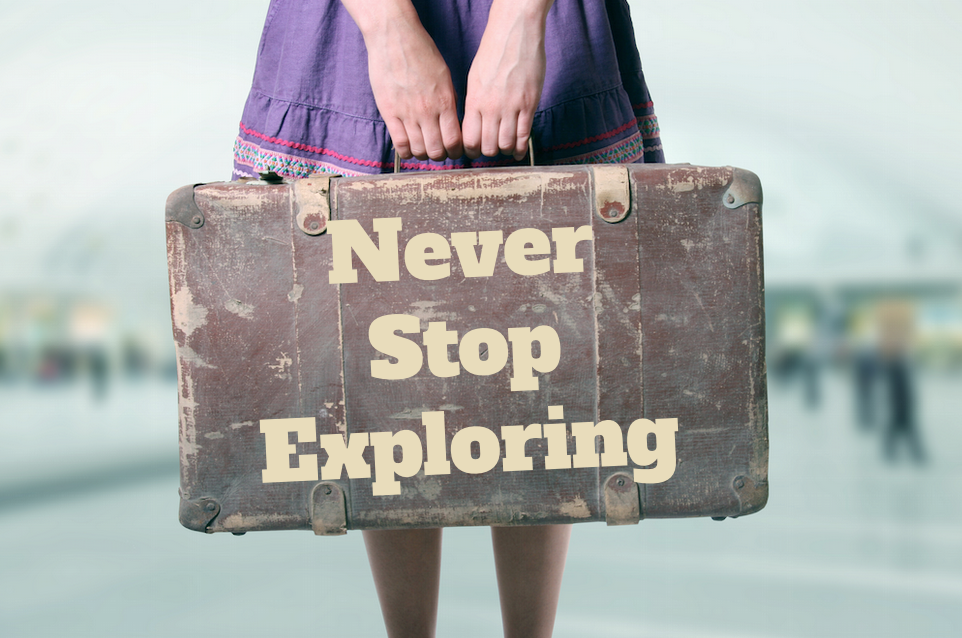 Some people are born knowing what they’re meant to do with their lives.

I never grew up with a burning passion I had to pursue. There was no inner voice whispering in my ear day in and day out. I only knew that I wanted to do something that I loved, and do it well.

The problem? I’ve got a lot of interests, and a scattered resume to prove it. Advertising, weddings, blogging, travel, technology – I had created a pattern of hopping around from job to job and project to project only to be left feeling anxious about my lack of focus. Wasn’t I supposed to choose? What was wrong with me?

I’m lucky that I’ve found a way to channel my multi-passionate nature into something that allows me to explore new things each month here on this blog.

I’ve learned how to meditate, sew, make homemade lotion, and play the guitar. I wrote a (horrible) novel, a (decent) short story, and held a fifteen minute plank. I experimented with diet, lucid dreaming, cold showers, and the Law of Attraction.

I’ve had a blast and in the process, gotten healthier, saner, more productive, more creative, and – get this – found a new love for writing. The more I write, the more I think that it just might be my something.

Well how about that.

I found my thing.

I couldn’t help but wonder whether all of my random side projects were taking away from the time I should and could be investing in becoming a better writer, or if the challenges were an education in and of themselves.

The argument goes both ways.

Writer and blogger Jeff Goins talks about the importance of Polymaths (a person whose expertise spans a number of different subjects) and how the world needs more of them.

During the Renaissance, if you had more than one craft, more than one way of doing things, you didn’t have a “bad brand” or ADHD, as we might conclude today. You were a polymath.

Leonard da Vinci was a polymath. A painter, sculptor, architect, and inventor, he was not content to stick to just one craft. In his latter years, he even designed war machines and torture devices for the king of France.

That’s like the Department of Defense calling up Georgia O’Keefe during the Cold War, asking her to consult on developing thermonuclear weapons. It just wouldn’t happen.

Today, we don’t praise… people who have multiple skills they love and may not be comfortable doing only one of them for the rest of their lives.

The trick, I think, in doing this effectively is to not try to do everything but to give yourself freedom to focus on more than just one thing. Look at the areas that interest you and find common ground between them.

In other words, don’t be a jack of all trades, but become a master of some.

Emilie Wapnick calls us multi-passionate people “multi-potentialites,” and talks about her struggles to stay focused on just one thing in her fabulous TedX talk.

Then, there’s Malcolm Gladwell who in his 2008 bestseller Outliers argues that:

An extraordinarily consistent answer in an incredible number of fields … you need to have practiced, to have apprenticed, for 10,000 hours before you get good… The 10,000 hr rule is a definite key in success.

Now, as you know, I’m a very big fan of the 10,000 hour rule — the years, even decades of pursuing something with the focus, intensity, and consistency that it takes to become truly world class at a chosen endeavor. Like Kobe Bryant who spends hours making (not just shooting) 800 jump shots — before practice. Or olympic gymnast Jordan Wieber who trained 5 hours a day, 6 days a week, starting at 4 years old. There’s absolutely no denying the importance of hard work and deliberate practice in the development and mastery of a skill.

That said, I’ve learned a tremendous amount from my monthly challenges. I wrote a novel to find discipline, learned to sew to improve focus, and held a 15 minute plank for endurance. And I’ve loved every minute of it.

So what’s the magic formula? Explore a broad view of the world? Or go deep and focus on a niche?

Both have benefits, but one thing’s for certain, you don’t need to be a born genius to get to where you want to be. The skills you need to be successful in life – creativity, grit, focus, and endurance – are things that can be learned and strengthened. And the best way to learn these things, especially if you don’t have a one true calling, is to embrace novelty.

That’s why I think that being a generalist can be an effective solution for building that toolbox of life skills that can help us successfully reach our goals, and I explain why in a post I recently contributed to the Crew Blog called the Art of Wandering, from which I am sharing a few excerpts:

1. It helps us be more creative

Today, more and more kids are specializing in a single sport and playing it year round. Parents fear that without their 10,000 hours of structured practice their kid won’t make the travel team or make it to the big leagues.

The thing is, statistics show that kids who are exposed to more activities and multiple sports are better equipped for creative decision making and pattern recognition. To perform at the highest level you need to have the ability to infuse your own original ideas and thoughts into your work, which is one of th building blocks of creativity— the ability to connect ideas in new and innovative ways.

Exposing ourselves to different subjects and new skills, whether it be through books, hobbies, or experiences, forces us to question our old ideas and perspectives and embrace new possibilities and ways of thinking.

2. It teaches us empathy

Michael Dell worked as a dishwasher. Warren Buffett was a paperboy. Reed Hastings was a door-to-door salesman. There’s something to be said about the grubby job with the long hours and the crazy boss — it’s a great way to learn about humility, empathy, and connecting with other people.

Sadly, the number of high-schoolers with part time jobs has plummeted from 32% in 1990 to 16% in 2012, according to the National Center for Education Statistics.

There’s a power in knowing what your customers and peers want and how to reach and communicate with them. Without a broad view of the world and varied experiences you risk losing that perspective.

While those CEOs may have graduated from the mailroom into the boardroom they’re still ongoing learners. So many of the world’s billionaires and superstars often credit their accomplishments to a voracious appetite for books. As author Harriet Rubin found when she studied the eclectic libraries top CEOs, “serious leaders who are serious readers build personal libraries dedicated to how to think.” They explore a broad variety of topics which, in turn, allows them to become better leaders, innovators, and communicators.

3. It strengthens our focus and willpower

I’ve talked about the importance of endurance before (or as Angela Duckworth calls it, grit) and how people who have the stamina to overcome obstacles and bad days are the ones who go on to find the most success.

One of the few ways we can strengthen our willpower is by  (you guessed it) performing unfamiliar tasks. On a personal level, I’ve gotten so much from my 30-day challenges because they force me to commit to doing new and uncomfortable things. No excuses…only mild complaining.

Taking the time to pursue interests outside your niche can help you clear the mental palate and strengthen your ability to concentrate on a single activity (and become more productive in the process).

Mihaly Csikszentmihalyi, a prominent psychologists who has studied happiness and creativity, argues that the happiest people are the ones who spend the most time in a focused state of mind (which he calls flow) because they’re engaged in something that’s enjoyable, challenging, and intrinsically motivating.

When you work on a mentally engaging project you learn how to direct your energy and attention without getting distracted by other activities. You’re less likely to become bored and burnt out, which is something that can often happen when you become hyper-focused on a particular activity over long periods of time.

Tim Ferriss, author of the Four Hour Work Week and self proclaimed generalist echoes the sentiment:

The jack of all trades maximizes his number of peak experiences in life and learns to enjoy the pursuit of excellence unrelated to material gain, all while finding the few things he is truly uniquely suited to dominate.

The specialist who imprisons himself in self-inflicted one-dimensionality — pursuing and impossible perfection — spends decades stagnant or making imperceptible incremental improvements while the curious generalist consistently measures improvement in quantum leaps. It is only the latter who enjoys the process of pursuing excellence.

It all comes down to keeping your mind fluid and adaptable. That’s what the learning process does, it strengthens the connections between different parts of your brain, and that’s the overarching theme of Hackerella – to keep growing.

People who are passive create a mental landscape that is rather barren. Because of their limited experience and action, all kinds of connections in the brain die off from lack of use… you must work to see how far you can extend control of your circumstance and create the kind of mind you desire…through action.

So, if you’re still looking for a reason to learn that thing you’ve always wanted to learn — cello, cooking, photoshop, salsa, Italian —  well, now you have four.

And perhaps in the process of exploring new things you’ll find yourself able to perform better and work faster and smarter in whatever it is that you’re pursuing.