Every now and again, I like to sit at the piano to play a few songs. I play, I tinker, I improvise, I mess around. Pop songs, kids songs, classical pieces, my own melodic bits – whatever pops into my head really. 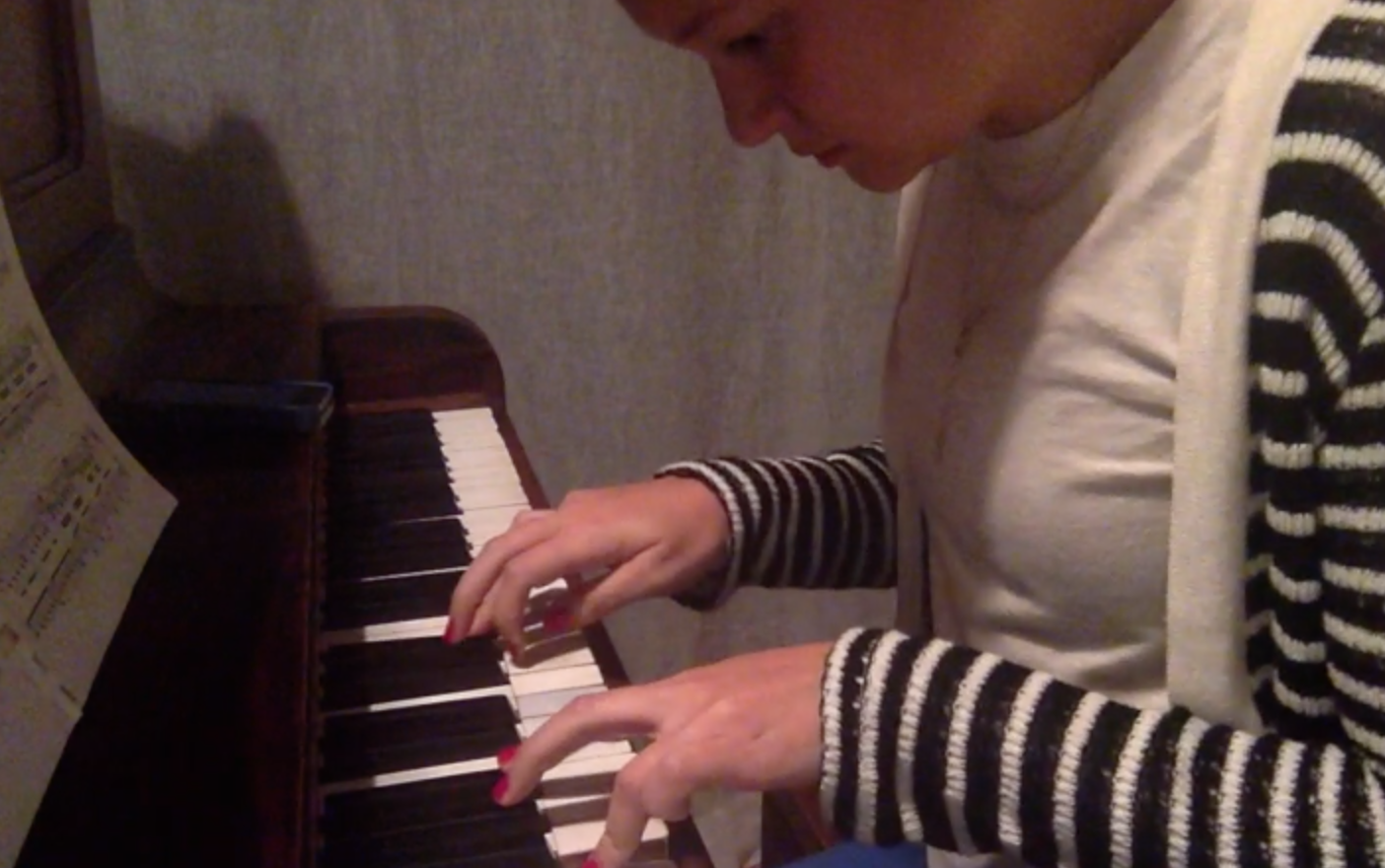 I do a lot of things on the piano, but the one thing I do NOT do is practice. You see, practice, when done right, is supposed to improve performance and in my opinion it sucks the life blood out of any activity. So what if I haven’t gotten better since high school? I’m having fun and fun is good.

Well, now that I’m learning guitar and learning about learning, I can’t help but wonder – what could I play if I actually practiced the piano? And how quickly could I learn a piece I’ve been wanting to learn?

I decided to find out. 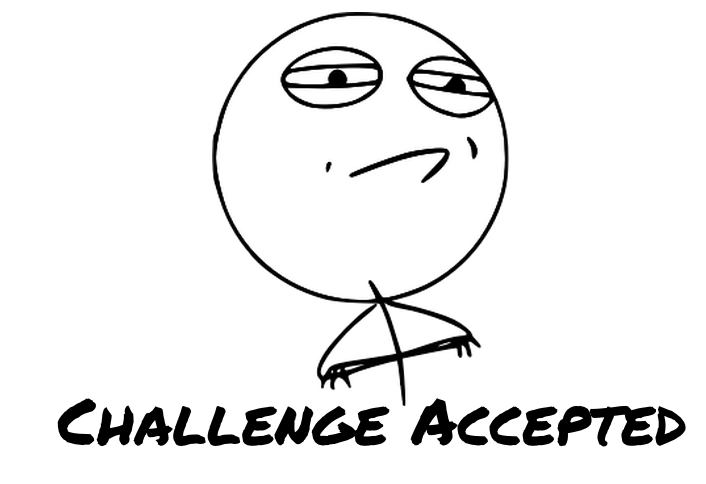 The song: The piano solo from In My Life by the Beatles

The time frame: One hour (broken up into mini sessions)

Level of difficulty: 6 out of 10. It’s short, familiar, but very fast and the left and right hands are playing two different melodies at the same time

Biggest anticipated challenge: Playing the piece at tempo without messing up

The Rules of Deliberate Practice

I have enough knowledge of learning to know that winging it won’t get my fingers flying George Martin style in an hour. Anders Ericsson, a psychologist who specializes in learning and performance says that if we can satisfy the following elements, we’re bound to improve. 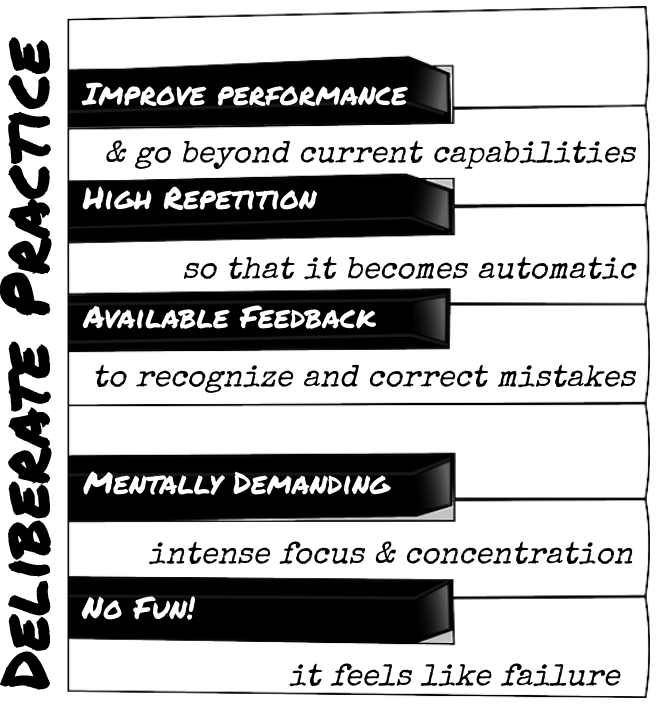 How To Learn Something New (And Fast)

For illustration purposes, I’m sharing my starting point. As you can see, I can make out the melody, but the accompaniment is a giant disaster. My knowledge of music theory comes in handy later on, but not to start:

2. Divide the piece into chunks. I divided the interlude into eight equal chunks, four measures each. I learned one chunk at a time to a point where I could play it through (not perfectly), and then moved onto the next chunk. By 22 minutes, I had just about learned the whole piece.

3. Practice slowly. Learning the notes was the easy part. Playing it fast without screwing up is an entirely different story. With 38 minutes left to accomplish this, I proceeded to play each chunk slowly so that I could perform it without error. When I made a mistake (and I made so many more than I had anticipated), I stopped, assessed what went wrong, fixed it and started over.

4. Make it a game. With my timer, I tried to see how many times I could play a chunk perfectly in one minute. Games aren’t as necessary for short sessions such as this, but it’s a great way to turn a monotonous activity (like learning the guitar) into something a little more fun.

6. Take breaks. I limited practice to 20 minute sessions, and took a break if things were not going well (it happened a lot). 10, 15 or 20 minutes is plenty of time to practice and a surprising amount of learning can happen during this short period of time.

7. Put it all together. After one hour (no cheating, this was take one I promise), here’s how I netted out:

I didn’t quite get to perfect or to tempo, but then again, I thought this challenge would be a colossal failure after 45 minutes of practice. Those final 15 minutes made a huge difference, and I bet that with another hour, I’d be able to play it with my eyes closed (I’ll be working on it).

It begs the question now: is talent overrated? For the majority of us who just want to get better at something, I don’t think it really matters. We’re not looking to become the best in the world at public speaking or yoga or knitting or guitar. We just want to be good enough.

And good enough can happen pretty quickly, if we follow a system:

And there are smaller things that can help too:

Now…what do you want to get better at?

Resources for this post: The Little Red Book of Talent by Daniel Coyle, The Four Hour Chef by Tim Ferriss, The Art of Learning by Joshua Waitzkin, The First 20 Hours by Josh Kaufman and Talent is Overrated by Geoff Colvin.