I wrote a short story this month about a little girl and magic wand. “Lila’s Wand”, I called it.

I’d been trying to write something entirely different when this image of a girl finding a wand in the woods popped into my head.

I decided to follow the image and out came this little story. I liked it so much that I’m now entertaining the thought of turning it into an book. Not just any book, a spectacular book. It would do so well that I’d write two more. And then Hollywood would come knocking in a frenzied bidding war to turn it into the next big summer blockbuster. 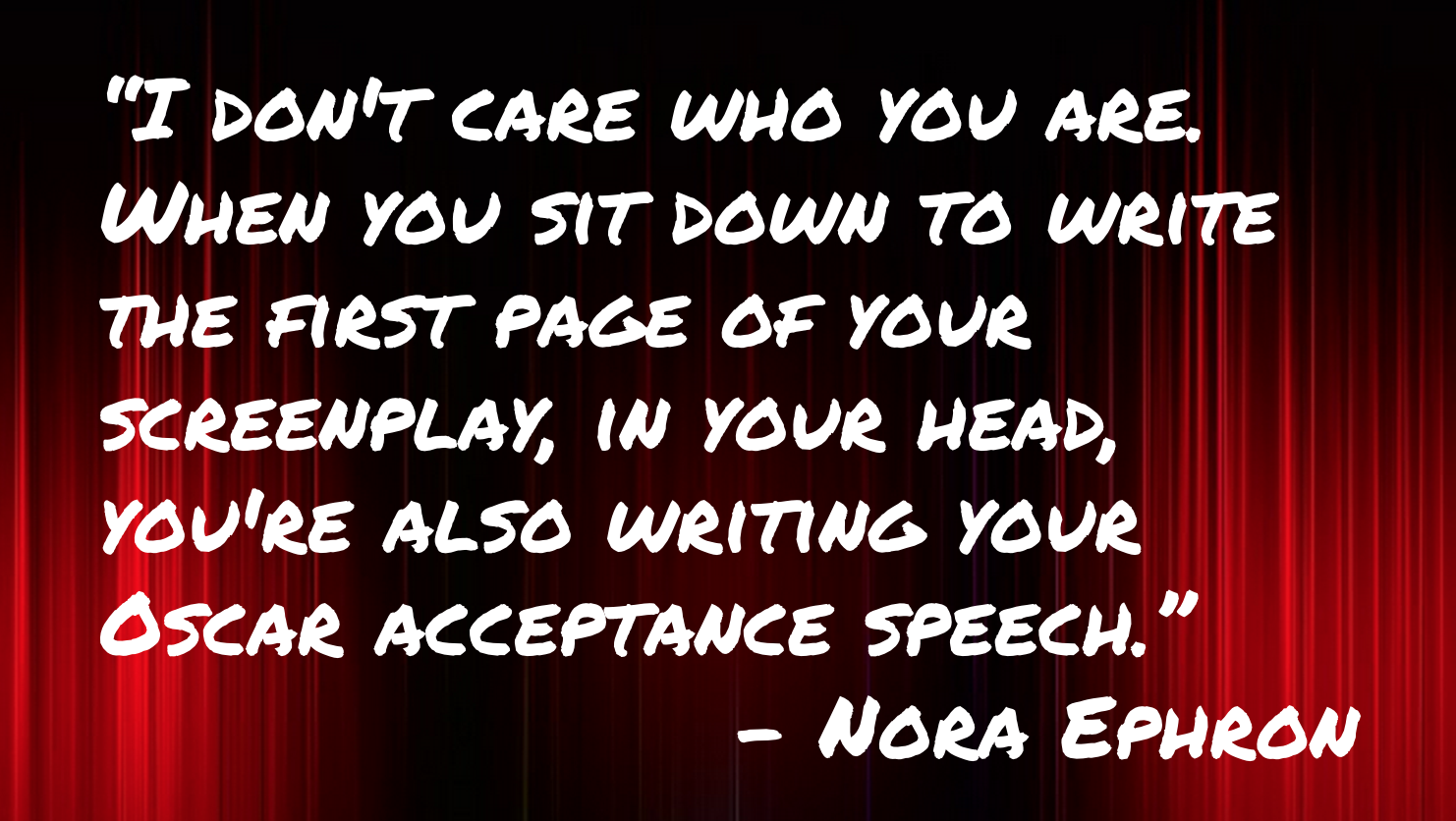 Did you know that Arnold Arnold Schwarzenegger never auditioned for a single film part?

It’s kind of incredible. He didn’t bother with supporting roles because he felt he deserved to be a leading man. He landed the role of Conan the Barbarian after only a handful of mostly uncredited TV show appearances and one small role in the movie Stay Hungry (for which he lobbied for and won a “Best New Actor” Golden Globe).

This is a guy who grew up in a poor Austrian farming town with a loving mother and an alcoholic father. Who at 10 years old, decided that he wanted to go to America and become famous. At 15, he found bodybuilding as his ticket out of Austria and into the movies.

He writes in his memoir:

I refined this vision until it was very specific. I was going to go for the Mr. Universe title; I was going to break records in power lifting. I was going to Hollywood. The vision became so clear in my mind that I felt like it had to happen.

He proceeded to win a dozen bodybuilding titles in the 60s. Six back to back Mr. Olympia titles the following decade. Became a real estate millionaire in the 70s, an action star in the 80s, and an outspoken Republican in the 90s. And then in 2003, he threw his hat in the ring for the California Governors recall election and won, even though he had never actually held political office before.

It makes you wonder – was Arnold a master of the Law of Attraction? Freakishly driven? Or was he just a lucky son of a… banana?

He says, all of the above. He knew what he wanted, believed fiercely in himself, put in the “reps” (i.e. worked his tail off), and had a lot of luck along the way.

SO YOU’RE TELLING ME THERE’S A CHANCE??!!

So maybe the idea of someone like me writing a bestselling novel isn’t so preposterous (and I’m talking about novels now because I’m tired of talking about my thyroid).

Look, I know that the odds are stacked against me.

I know how much work it takes to become a good writer. Years of studying, writing, reading and sharing (I currently don’t do any of these things) with no promise of getting read or published or praised. And right now, in my heart of hearts, I truly believe that I’m a crap writer who doesn’t have what it takes.

But that kind of thinking is useless. I do love to write, but there’s nothing motivating or fun about going through a process where I hope to get lucky but fully expect to fail.

So why not go for the runaway bestseller? Why not aim for sequels and merchandising and Hollywood? Why not create and refine my own grand vision that’s so clear that it has to happen?

I’d be a hell of a lot more driven to persevere with that mindset.

Maybe that’s why I love the idea of the Law of Attraction and stories like Arnold Schwarzenegger’s so much. It inspires you to think that the crazy ideas we have are valid (cue one of my favorite clips from Dumb and Dumber).

I do have a bone to pick with The Law of Attraction, though. You can’t just magically decide to have unwavering faith and conviction about something and expect things to just fall in place. It’s not that easy. Getting into the right mindset and acquiring the right habits requires an incredible amount of focus and discipline.

Brendon Bouchard calls it sustained motivation, or the motivation to do the work and stay committed over time, and while it’s a tough skill to develop, there is a way to do it.

Step 1: Change the things you believe about yourself…because picturing yourself successful is the first step to getting there in real life.

There’s a fascinating study by psychologist Alan Richardson who divided a group of basketball players into three groups:

Can you imagine – not shooting a single basketball and yet being able to perform almost as well as the group who actually practiced? The effects of visualization are that powerful. It change brain patterns, motor performance, and the body’s physiological responses. It can even accelerate healing. 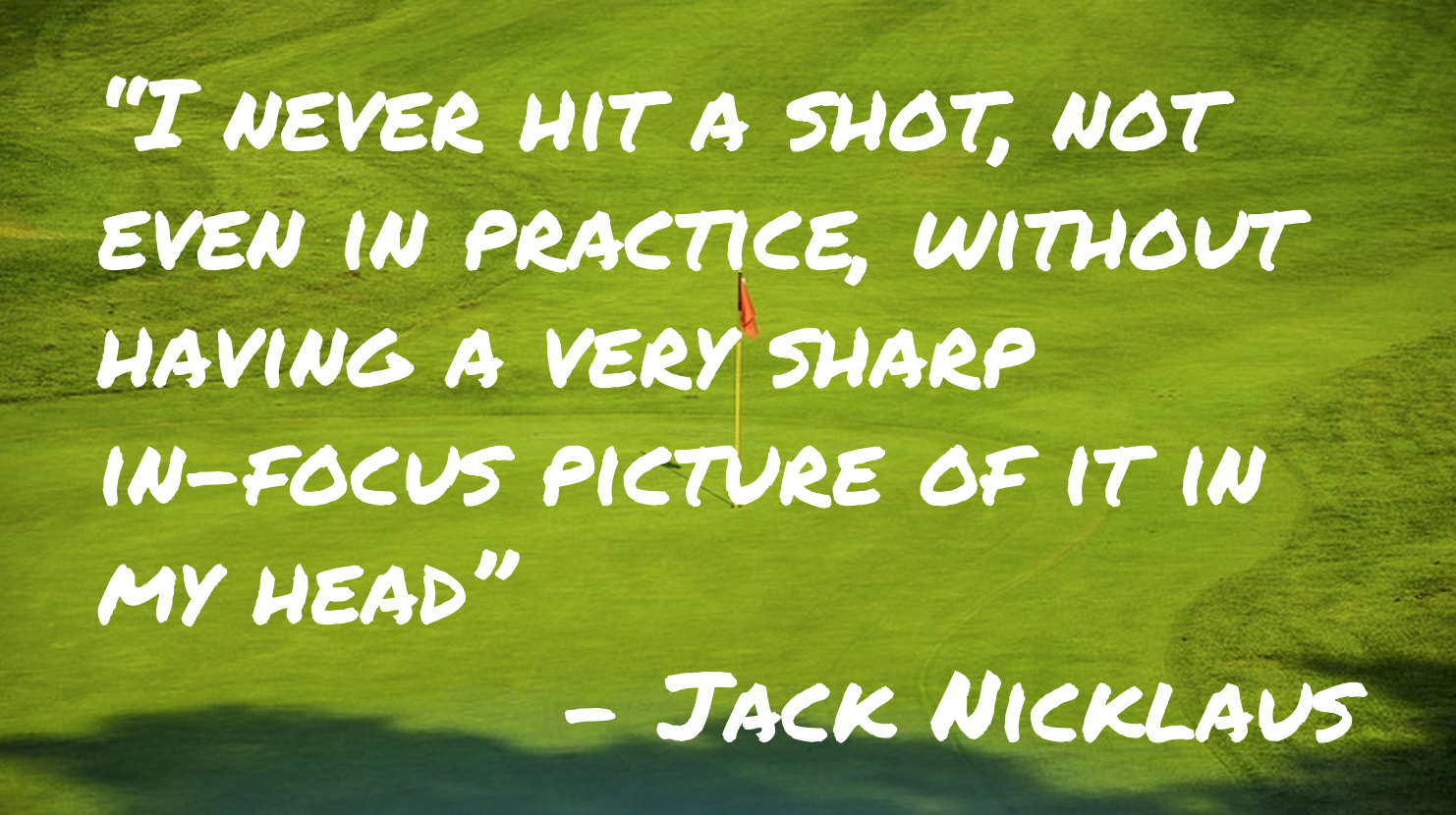 It works because you create a new mental picture of yourself – one that closes the deal, writes the book, makes the free throw, sinks the put and wins the competition. The more detail you put into your “mental movie”, the more you’ll start to believe it.

Affirmations have a similar effect. Muhammad Ali said that “it’s the repetition of affirmations that leads to belief. And once that belief becomes a deep conviction, things begin to happen.”

His affirmation was simple: I am the greatest.

Step 2: Remind yourself why you’re doing this…

Psychological triggers are a great way to keep the enthusiasm level high. They’re basically photos or objects you that select and place in your environment that serve as constant reminders of your goal.

I had some fun with this one, pasting pretty photos, quotes and reminders all over my bathroom mirror… 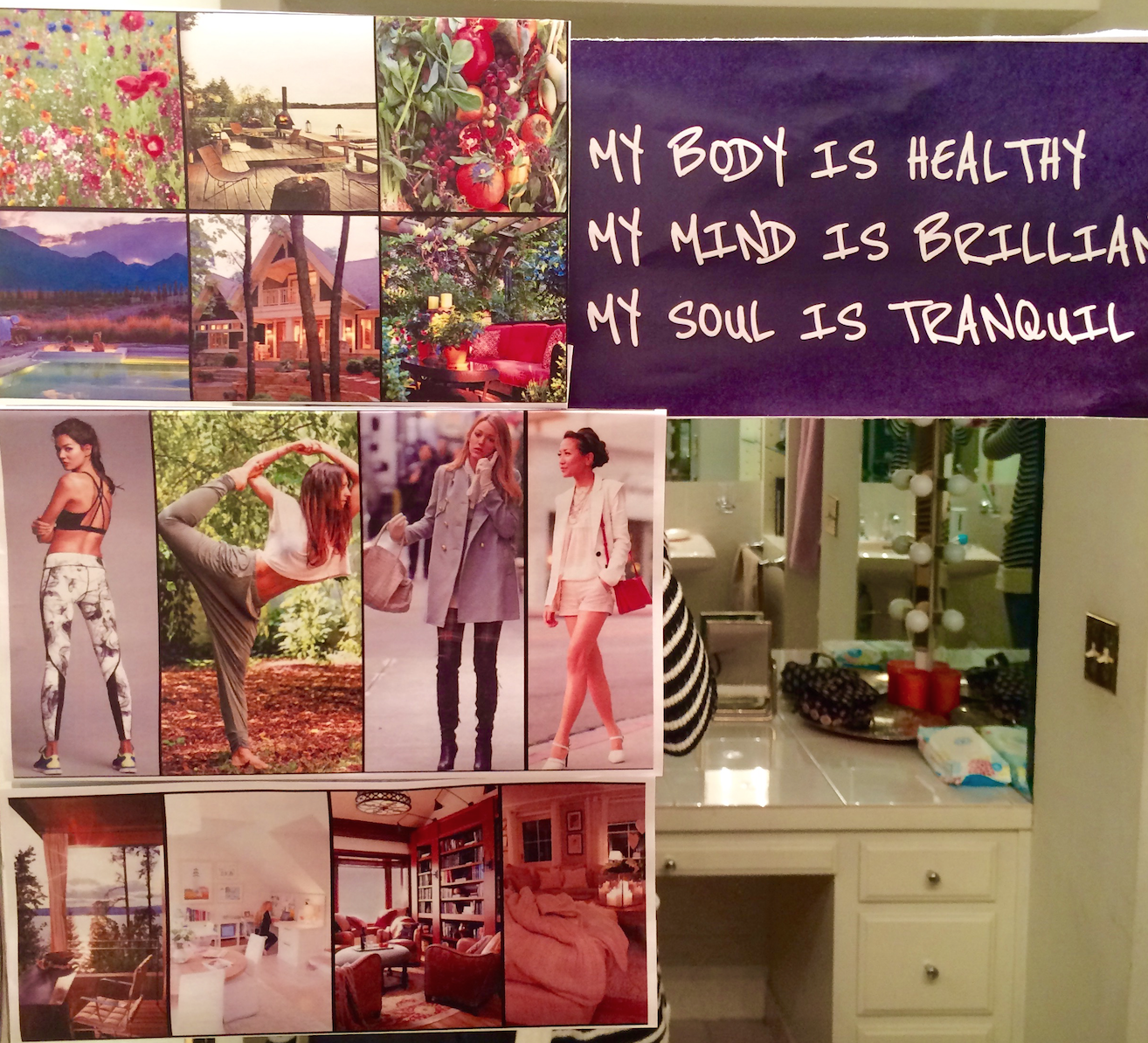 And in my bedroom… 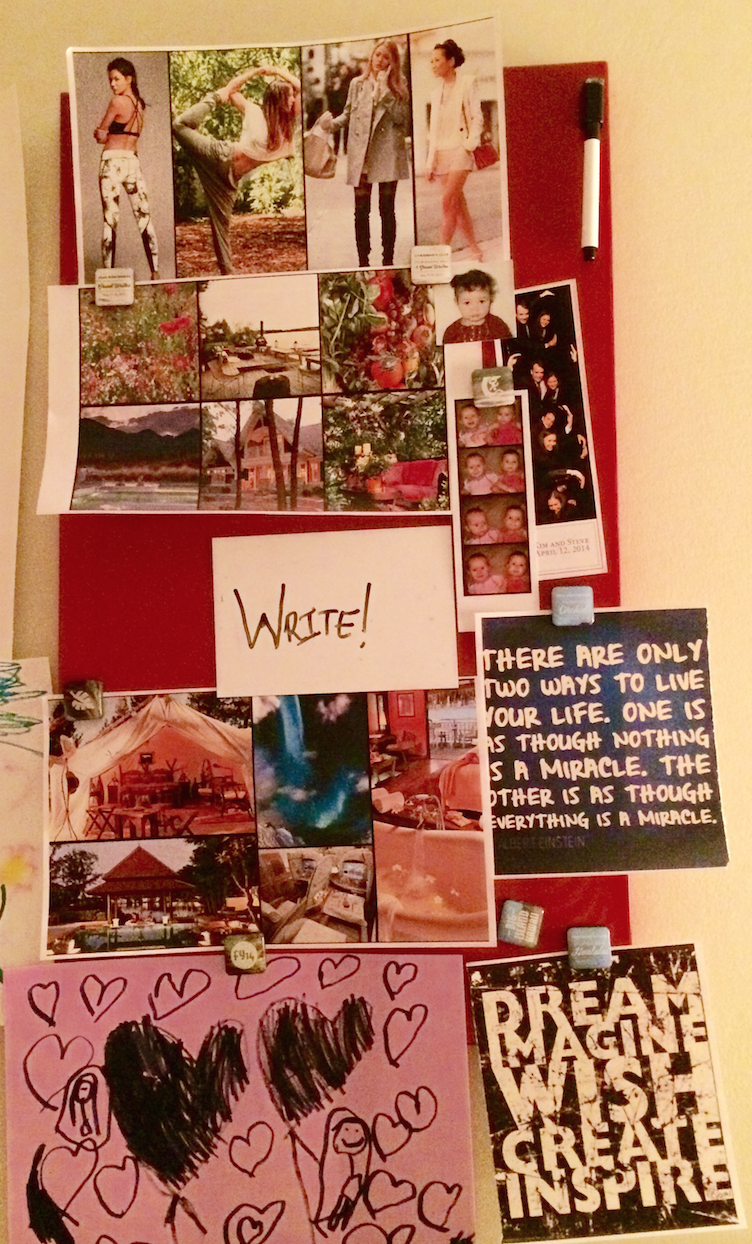 And I even made a scrappy Power Point book cover that I wrapped around an old book to keep me motivated to work on my story (yes folks, I am a New York Times Bestseller AND Caldecott Winner). 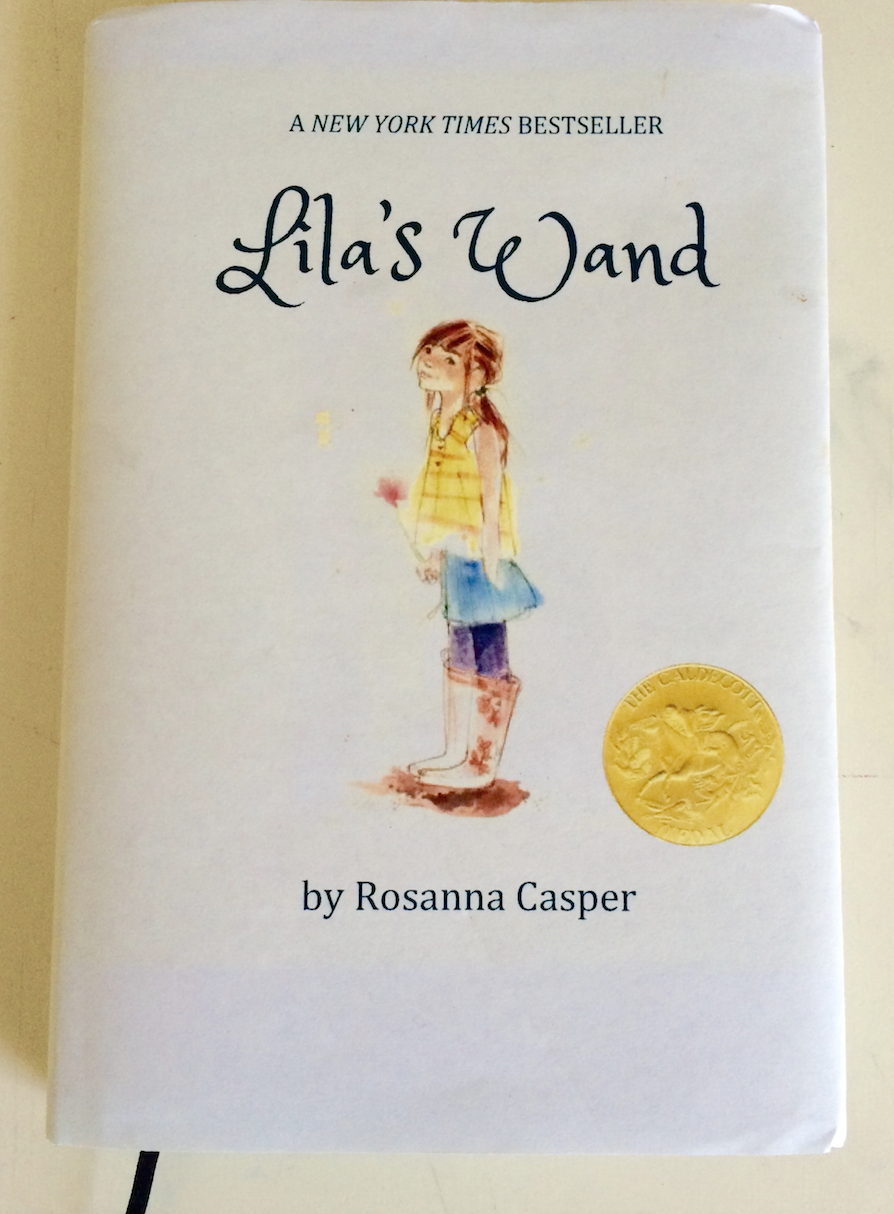 Laugh all you want, but when you look at the thing 20 times a day, it’s bound to sink in. I mean it has to eventually – right?

This is the part where you slowly build up that little thing called willpower.

Where you strengthen your ability to concentrate, stay focused and committed so that you can keep going even when you’re tired, uninspired or distracted.

Practice single tasking. Don’t check your phone 87 times a day. Exercise. Meditate. Challenge yourself. Look for novelty and surprise in the world around you. Do things that require the complete focus and attention of your brain.

Start small. A few minutes at a time, and go from there.

All these things teach you how to give an activity your complete attention, so that your brain and body can respond in the form of creative, productive, effortless output.

I still don’t know if writing a novel is the right thing for me. I’m working through the whys behind this new found desire to write because I want to be crystal clear about my own fundamental motivations before moving forward. Because if I do decide to go all in, then you had better believe that I’m going to go ALL IN.

But for now, I’ll keep tinkering with my story, jotting down ideas, blogging, experimenting and hacking… and enjoying every minute of it.

If you enjoyed this post, and want to see if (and how) I actually write this book, join the weekly newsletter. One email, every Thursday. That’s it!